We proudly present to you our newly appointed Project Engineer, Sjoerd Pilkes.
After gaining his degree in Mechanical Engineering, Sjoerd started his career in 2009 at Advise Mechanical Solutions (AMS). At that time he was seconded to Machine Fabriek Wolthuis. There he did some engineering work and the last year of his career at AMS he was seconded to Twin Filter as Product Engineer. Sjoerd later took on another challenge namely engineering of waste separation systems based on air technology at Nihot after which he became the Sales Engineer at Nihot’s parent company BHS. Sjoerd’s job there was doing the layout engineering of complete waste separation lines based on process flow diagrams. Because Eric, and Dirk knew Sjoerd, and his excellent work, from the past (Wolthuis and Twin Filter) they offered him a job at Dutch Filtration. For Sjoerd this was a nice opportunity, back to a company with short and direct communication lines within the whole organization. He accepted the job offer and started at Dutch Filtration in March and is already established in his job, he really enjoys it!

Sjoerd has a lot of hobbies like hunting, fishing, mountain biking and running. But he also likes it to spend his time with his family at home. He recently (Februari 24) become dad again (he already has one child now 2 years old). 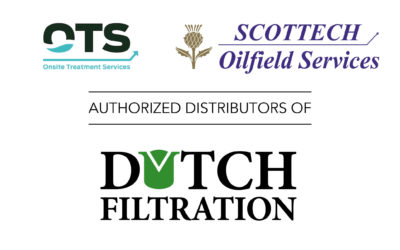 We are proud to announce that OTS and Scottech are the authorized distributors for Dutch Filtration in Norway and Australia.

With OTS (Onsite Treatment Services) and Scottech as our distributors we can provide better local support to our customers in the oil and gas...

END_OF_DOCUMENT_TOKEN_TO_BE_REPLACED

For the third time Dutch Filtration will attend the OTC Houston. Meet us at booth #8353 find out the advantages of our Dual vessel filter unit. You...

END_OF_DOCUMENT_TOKEN_TO_BE_REPLACED

OilLock: Removal of Oil from Water, Easy and Simple

OilLock: Removal of Oil from Water, Easy and Simple Dutch Filtration has developed a new OilLock filter system for the clean-up of oily water and/or...